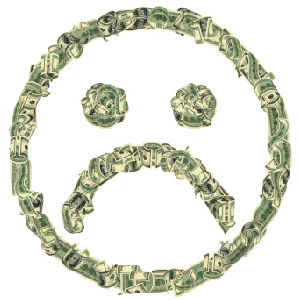 I am being inspired to write this article today by many people I encounter in my life. Be it through social media posts of unhappiness or complaining I hear from people in “real” life.  So being a good friend/person I inquire about the unhappiness in which I encounter. Most times the answers to my question sound like this: “I wish I had more money” or “I need a man/woman(or both haha).” (Disclaimer: The article I am about to write represents my feelings on the issue, Mostly opinion, common sense, my experiences, what I may have encountered in reading or google-ing late at night. So please take it with a grain of salt and I encourage you to not take my word but do your own research.)

I will address the money issue today, but I believe there are parallel underlying issues to both money and finding a mate in the pursuit of happiness. So the question comes down to: “Does money really buy happiness?” The great Comedian Daniel Tosh put it so eloquently when he stated:”Money doesn’t buy happiness?! Uh, do you live in America? ‘Cause it buys a WaveRunner. Have you ever seen a sad person on a WaveRunner? Have you? Seriously, have you? Try to frown on a WaveRunner. You can’t! They’re so awesome, it’s just throttle. People smile as they hit the pier.”

While I admit being on a jetski is AWESOME!! But have you ever went out on a jetski by yourself? It’s only fun for so long. Also depending on where you live summers can be short, and a jetski is no good in the winter. Even worse I have seen many jetskis break while people are riding them causing just as much if not more stress and anger than happiness. So, while that is a hilarious bit by Mr. Tosh, it still doesn’t prove that money buys happiness.

I would like to break down what money actually is or represents. Money represents goods and services. I’ll give you a very basic example of how money came about. A long time ago a farmer may have traded his goods with a trapper for some fur or meat. Because the farmer was so busy with his crops he had no time to hunt just as the trapper had no time to farm. It was a great barter system. Then market place came along where many people would come to barter for goods, but some people also offered services such as dentists or black smiths. So they would trade their services for goods in the market place. As mankind progressed the farmers realized sometimes they didn’t need services right away, but the black smiths still needed to eat. So they would make up chits or I.O.U’s thus allowing the black smiths to eat while the farmer could later redeem his chit for services as they were needed. Sounds all nice and dandy!!

Well as the world expanded and empires were formed the market place got much bigger. So coins were formed out of precious metals, ie gold and silver, to represent these goods and services. Then when coins were not enough paper money was invented to represent the precious metals which in turn represented goods and services. Still with me? Today the paper money does not represent gold or silver. We are on a fiat currency system where money is created out of thin air. it is supposed to represent goods and services, however there is a growing imbalance in the system. (For this article I will not dive deeper into that issue, but if you find it interesting please research it and/or comment about it!) So if we break it down even further we can surmise that people who lust after and/or hoard money are actually lusting after and/or hoarding a made up currency which represents goods and services. Which in my opinion is not only terrible for the market place, but not healthy for the human animal.

Now happiness. How important is happiness? Well it’s so important that the founding fathers guaranteed us the pursuit of happiness in the constitution right after Life and Liberty!! Happiness by itself is the most under rated requirement to modern living. Whenever people say: “Be Happy” or “Don’t Worry be Happy” they are often looked at as if they are Hippies. Happiness in today’s society is closely attached to material possessions, money or other people you may desire. This is largely due to the conditioning that we endure from the time we are born. This conditioning usually comes in the form of advertising. We are constantly bombarded with messages to buy and acquire “things.” Simply put happiness in this country is tied in with ownership of new cars, cell phones, iPads, clothing, shoes, etc. I often see the term “Retail Therapy” thrown around. Which when broken down literally means you are achieving happiness through acquiring objects. This is also seen heavily on TV. Generally speaking, no thought is ever seriously given to achieving happiness just for happiness sake.

I admit that I am not immune to this system and I have a closet full of clothes and shoes as well as the newest gadgets to prove it. Yes, it does make me feel happy to buy new things. This happiness fades quickly, however, especially when the latest version of that iPhone or Car comes out on the market! When I actually take time to stop and think about it there is no comparison between this happiness and the happiness that I achieve through healthier avenues. A simple example of this is spending time with true friends and laughing. The kind of laugh that is uncontrollable and you just can’t help but to do. When you are basically crying and can’t breath. This costs no money and has many times the benefits of shopping. How come we are never taught this in school?? There should be a comedy class taught where people are encouraged to laugh and try to make others laugh. Think about how good you feel when you make others laugh by saying or doing something funny. That is true happiness which cannot be bought for any amount of money, precious metals, goods or services!!

In closing I would like to say that deep down most people realize happiness is the key to life, but then life happens. We quickly get wrapped up in the events of our lives. We take our situations and lives too seriously, which defeats the whole purpose of truly enjoying life! So what can we do? Well first off you can start out by laughing more. I try to find the humor in most situations that I am presented with in life. Sometimes the funniest moments are born from the most serious situations. Secondly you can smile more! Yes it is contagious. Lastly to gain more happiness we must let go of fear and hate(yes like a Jedi!). Fear and Hate consume happiness and could consume your life. Next time you feel afraid of something stop and assess the situation(if you can). Say you see a spider, what are you really afraid of? You are 1,000 times bigger than it silly!! Stop it already 🙂 Seriously though whenever you feel hate or fear toward someone stop and ask why do I hate this person? What did they do to me? Most times you have no real concrete reason other than:”well that’s what I was told to do.”

Thank You for reading this, I hope it helps if even in the tiniest way. Comments and discussions are encouraged 🙂