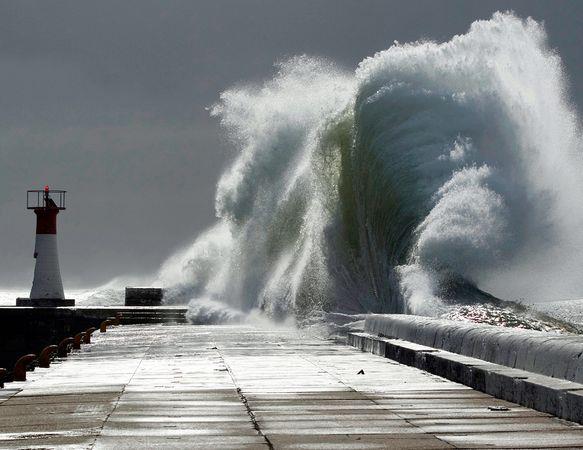 I often hear people ask, myself included, “Can one person really make a difference in this messed up world?” They say: “There are so many issues and problems… What can I do that will make any difference at all?” And “What can one person do?”

At many points in my life I have pondered these very questions. Most times I felt hopeless against the sea of problems our society faces. Hunger, war, poverty, abuses etc. This hopelessness has has lead me to say many times: “There is nothing I can do.” So I try to enjoy life as best as I can until our society comes to a screeching halt, and just pray it doesn’t happen in my lifetime. This works for a little while, but since I’m not really a quitter, more of a giant procrastinator, I always find myself thinking: “there must be something I can do!!”

I guess I could give up my life and move to a poverty stricken portion of the globe. I could help nurture and feed people in need. I could sell all my worldly possessions and donate the money to the poor. I could go down to Washington DC or NYC and hold up signs. I could put on a mask and march on any number of corporations or conglomerates responsible for human suffering. The issue with any of these choices is obvious. I would have to give up my cushy first world life while leaving all of my friends and family behind. “Ok so what’s the big deal?” you ask. Well maybe these people depend on me for friendship, laughs and company. So I may fill a void somewhere in the world but create another by leaving. (I am not in anyway knocking people who do this by the way. Wish there was more people in the world who did those things!)

After pondering this on and off for years I finally had a breakthrough! An “eureka” moment. I realized that we are all connected, the whole world! I have heard people say it, but dismissed it as hippie talk. Now I finally understand what people meant. By gaining this perspective I realized that for me (everyone is different) running out to different parts of the world to try to help out would be like plugging holes in another part of a sinking ship while water is getting in right next to me. We are all in the same boat, the whole world, so you can actually help by plugging holes all around you.

Back to my realization. It has to do with the concept of Karma. Karma is often misunderstood in our society. People say: “Don’t do bad things because it will come back and something bad will happen to you.” This is partly true but not the whole story. My realization came to me while writing comedy of all things. I was writing about my time in the Marines Corps. I used to keep my hair a little long for a marine, just within regulations, and my superiors really gave me a hard time. The USMC is all about conformity. At the time I wasn’t very empathetic, but now looking back years later I realize the reason they were giving me a hard time. It’s not because they were “Dicks with no lives” as my 20 year old self might suggest, but it’s because they themselves had superiors. I’m sure I made my superiors look bad in the eyes of their own bosses. This made me wonder if they had ever pissed off their superiors when they were younger, and now they were experiencing the negative feelings they themselves had caused someone else to feel years earlier. Classic Karma. But then I went deeper. I thought of the vicious cycle continuing throughout the years. I envisioned it as waves in a the ocean. I really do not know the source of the first waves. however I could see the effects of the current waves thrashing about just as a stormy sea effects a ship. And the ships movement in turn creating more waves.

I then applied this analogy to the whole world and the whole of human existence. Imagining we are all in one big ocean. There are waves thrashing about right now that we are all effected by. Not many people really know or care about the true source of these waves. Most only focus on the current wave hitting them or perhaps what caused this wave in the first place. Nothing beyond that is very important to them.

Looking at it in this manner I realized there is something I can do!! I can try my hardest to be non-reactive to the negative energy I encounter. Think of if this way: Waves in the ocean are negativity. Calm flat seas are positivity. When you have a negative experience try not to let it effect you to the point where you release more negativity of your own. This would only create more waves. If instead you are non-reactive you can absorb these waves and create calm flat ocean. By taking this simple step you can undo years of negative energy in an instant. Here is an example. Think of getting cut off on traffic. You may get angry and yell at the person, speed up and cut them off. Lets rewind here a little bit. Why did this person cut you off in the first place? Maybe they had a fight with their spouse? Why did they fight with their spouse? Maybe their spouse had a rough day at work? Why did they have a rough day at work? Maybe their boss was mean or condescending to them. Who knows how far back you can trace this wave of negativity? Hours? Days? Months? Years even?

When this wave comes across your path in the form of being cut off in traffic. You can actually stop this wave. If you are non-reactive and just smile (I’m not saying it’s easy, takes a lot of practice.) you can actually wipe that wave of negativity off the face of the Earth for good! This may not seem like a lot, just one wave in a turbulent sea full of them, but there is no telling where that wave was headed. Who knows what bad thing you may have prevented.

This may also help eliminate the other common mis-interpretation of ‘Karma’ seen in our society. I am referring to people doing good things only because they want good things to happen to them. Yes, I will take it, but it’s selfish. Sometimes bad things will still continue to happen to these people and eventually they may give up. They are in it for the wrong reason, and are only trying to help themselves. When you view at it as helping “all of humanity as a whole” you may relieve some of the pressure of self gratification.

In conclusion, YES, you can make a difference in our world. Try to be conscious of every decision you make. Think: “How will this decision effect people around me?” Be non reactive to negativity and watch it dissipate around you. Try to be more empathetic and understand why people are spewing out negative waves. You can make a game of it: See how many waves you can dissipate before you actually let one effect you. Don’t get discouraged… remember even Jesus (if he existed)lost his temper. Whether you believe in him or not I believe the story of Jesus loosing his temper was Inserted (or included) in the bible to remind us that we are all human and we make mistakes. We must learn to move on and hone our craft of dissipation.

One thought on “Can You Really Make a Difference”